What are virtual currencies?

Virtual currencies are digital currency or electronic money. They do not physically exist as coins or notes.

Although they can be used as a form of payment if another person is willing to accept them, they are not legal tender. The value of virtual currency can fluctuate significantly, they may not be accepted in many places and they are not guaranteed by any bank or government.

How do virtual currencies work?

Users can ‘earn’ or create virtual currency. For example, in the Bitcoin network, users (known as Bitcoin Miners) can participate by using computer-intensive software to validate transactions that have been made through the network and earn new bitcoins as a reward.

There are usually only a fixed number of virtual currency units available. 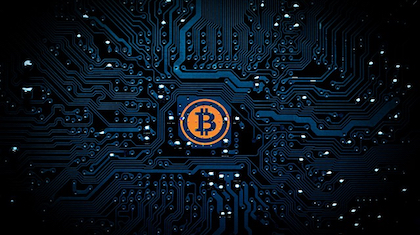 What are the risks?

If you want to buy, trade or invest in virtual currencies the risks include:

The value of a virtual currency can fluctuate wildly. The value is largely based on its popularity at a given time which will be influenced by factors such as the number of people using the currency and the ease with which it can be traded or used.

Your money could be stolen

Your digital wallet has a public key and a private key, like a password or a PIN number. However, virtual currency systems allow users to remain relatively anonymous and there is no central data bank. If hackers steal your digital currency you have little hope of getting it back.

You also have no protection against unauthorised or incorrect debits from your digital wallet.

The relatively anonymous nature of virtual currencies makes them attractive to criminals who may use them for money laundering and other illegal activities.

If the cost of your bitcoins is less than $10,000 and you are only using them to pay for personal goods or services, they are not taxed. However, according to the ATO, if you are using crypto-currencies such as bitcoins for other purposes, you will be taxed. Here is an  outline of the ATO’s proposed tax treatment of crypto-currencies:

Where can I find out more?

A Senate Committee has completed an inquiry into digital currencies. The inquiry report, Digital currency – game changer or bit player, highlights the opportunities that these new technologies and payment methods are providing, but also acknowledges the risks.

If you decide to trade or use virtual currencies you may be taking on a lot of risk with no recourse if things go wrong.

This provides general information and hasn’t taken your circumstances into account.  It’s important to consider your particular circumstances before deciding what’s right for you. Although the information is from sources considered reliable, we do not guarantee that it is accurate or complete. You should not rely upon it and should seek qualified advice before making any investment decision. Except where liability under any statute cannot be excluded, we do not accept any liability (whether under contract, tort or otherwise) for any resulting loss or damage of the reader or any other person.  Past performance is not a reliable guide to future returns.

Important Any information provided by the author detailed above is separate and external to our business and our Licensee. Neither our business, nor our Licensee take any responsibility for any action or any service provided by the author. Any links have been provided with permission for information purposes only and will take you to external websites, which are not connected to our company in any way. Note: Our company does not endorse and is not responsible for the accuracy of the contents/information contained within the linked site(s) accessible from this page.